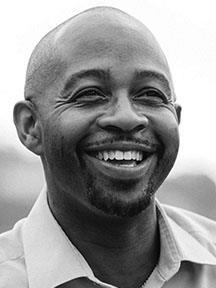 
Q: What have you been up to since you graduated in ’95?
A: A lot has happened since graduation! After high school I went on to earn an undergrad and graduate Master’s degree in biomedical engineering. First at Case Western Reserve University for my bachelors and then the University of Connecticut for a Master’s degree. In parallel with that I had summer internships with Kaiser Permanente and so after graduate school I came back and worked for Kaiser in their biomedical engineering group helping them manage medical devices and technology within the Northern California Hospital System. While at Kaiser I went through the part-time MBA program at UC Berkeley, Hass School of Business. I finished business school and transitioned to management consulting, working for PRTM Management Consultancy that was acquired by Pricewaterhouse Coopers.
I’d say I’m still technically a consultant because two years ago I left PWC and started my own business, Custom Taylored Solutions, which allowed me to do the same business strategy, innovation and operation consulting, but instead of focusing on corporate clients I was able to really focus on small businesses and non-profits. That’s where my passion was and I’d always wanted to lift up and empower under served communities. I had worn two hats: one in my professional career and the other as an involved community member and leader. Starting the business was my way of merging those two parts of me.
While digging deeper into social impact I looked at ways to really move the needle for underserved communities, specifically in Oakland. It opened my eyes to some of the challenges that we are facing at the elected office/city leadership level. There was a point where I didn’t have any more excuses as to why I wouldn’t take that step toward running. I jumped in to the race for Oakland City Council and now I’m in a position where I can leverage my experiences and the various aspects of my career in a way that transforms lives through local government.

Q: Would you say that you had a crystallizing
moment when you decided to enter the race or
was it a slower realization?
A: I think the call was always there, but I had a lot of excuses not to—worrying about the effect on my family or not sure where I could make the most impact. The deciding point was Christmas of 2017, seeing some of the headlines around what was happening in my district as well as in the City. I had been talking to a number of folks who were either elected officials or closely tied to that type of work. They challenged me, “If this is what you are about, why not step up now?” And so, I’d say that was a tipping point.
Q: What do you hope to accomplish as an Oakland
City Councilmember?
A: Oakland is the city I was born and raised in, the city and the community that has given so much to me. Oakland has always been this place that is on the verge of its potential and I want to see it thrive; it’s got so much but it never quite realizes all that’s here. Right now we are seeing incredible reinvestment and growth. Folks know Oakland is the hot place to be—people wouldn’t even cross the bridge when I was growing up. But, as we come into our own within the city there are many people who are being left behind. Most of them are long term Oaklanders who have been the glue and the cultural fabric of what makes Oakland, Oakland. A big part of what I want to do is make sure that we continue to grow and revitalize, realizing our full potential, but in a way that looks out for everybody, in a way that lives up to the values that we espouse and take pride in.
Q: What do you think are the unique challenges facing Oakland?
A: Oakland faces many challenges. Our diversity is our strength, but at the same time I’d say that diversity masks what is happening in some communities. When I look at the African American population within the city we have incredible equity gaps. For instance, headlines say that unemployment is down to mid 2%. When you look at the black community, it’s closer to 8-9%. That disparity is one that we should not ignore or be complacent about. We need to look at what’s happening within certain populations.
I think another one of Oakland’s challenges, homelessness, came very fast to the City and we don’t have the comfort of time to solve the problem. You look at how quickly our homeless rate has risen, you look at how quickly the cost of living has jumped up relative to salaries. That’s something that would have been great to have a decade to plan and prepare for. These changes came to our city faster than we could responded and we’ve got to play catch up while working with our limited resources and setting up our entire community for success.
Q: Thinking about the experiences you had at
College Prep and what have you taken with you?
A: Hands down, the academic rigor and the challenges that we faced and were forced to rise to is one that prepared me for college, graduate school, and beyond. There’s also a humility of being around peers that are phenomenal in their own right. The other piece that goes along with that is the leadership skills and opportunities that were honed at CPS. One example, we started the Pride and Diversity Club. That really helped pull together folks within the community from all different backgrounds to celebrate the strength of our diverse population while also supporting and encouraging people and being focused on what it means to be in community.
Q: What advice you would give your high school self?
A: I would tell myself to tap in to your authenticity. One of my lessons through my career was bringing myself into alignment where I wasn’t one person in the office, then someone else when I’m with my friends, family, and community. Having those in harmony sets you up for greater success in the long run.